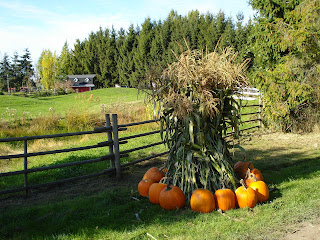 I've been very busy the past weeks with various writing projects. My four stories a week writing for The Planet Eye "Vancouver Guide" (www.planeteyetraveler.com) keeps me on the go with field trips in order to get new story ideas. One real fun trip was to the Pumpkin Patch where I spent several pleasant hours browsing around the fields, plowing through corn stalks and taking photos of lots of pumpkins. This is really a Hallowe'en field trip so the Patch wasn't officially opened, however the farm workers didn't have a problem with me poking around the fields having a look.

It's been quite a bit of fun going on all these field trips and it certainly keeps you alert to what is happening around town. It is time consuming though, and because I have to keep my four-story quota each week, it has cut into some of my novel writing time. Plus I teach writing classes several times a week. But these are winding down for the Fall season so my time is slowly freeing up. 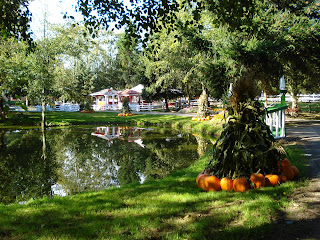 This weekend I spent Friday to Sunday volunteering at the annual Surrey International Writer's Festival, one of the biggest and best in North America. I have been volunteering there for a number of years now. It's a bit expensive for my budget to attend as a guest, but I find it very fulfilling working there as a volunteer as I still get to attend workshops, introduce the presenters and meet lots and lots of writers, editors and agents.

This year I was especially thrilled to be the introducer for Annabelle Lyon, a local writer who has had her first novel nominated for three very prestigious writing awards: long listed for the Giller Prize; short listed for the Royal Bank $25,000 Writer's award and nominated for the Governor General's Award. What makes it especially exciting for me is, her novel is about Aristotle when he was tutoring the young Alexander. ("The Golden Mean" ) This puts historical fiction back on the genre map and brings special attention once again to the story of Alexander the Great (my favorite topic!)
She was presenting a workshop for short-story writing as she's had two other books published of short stories and novellas (plus a kid's book). She was such an interesting speaker and I learned many valuable things from her workshop.

That afternoon I also sat in a workshop by Richelle Mead who writes serials on Vampire themes
and although this isn't a genre I'm interested in, her points about writing were really valuable. 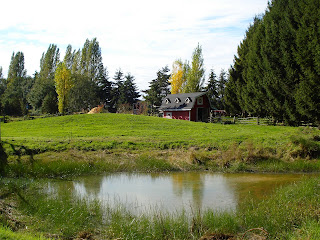 There were a lot of well known authors presenting at the Conference. Some of them, like Diana Gabaldon, come back every year. I always enjoy seeing her as she makes her way around the hotel lobby in her trade-mark diaphonous rainbow coloured crepe shawls. She's a lovely woman and very personable.

Other old favorites are there too, some Canadian writers and several American. I enjoyed Anne Perry's opening talk on Friday. She's a prolific writer from Scotland and a couple of years ago I had the thrill of introducing her at a workshop. There's also the amusing Scottish-Canadian writer Jack Whyte, and a popular crime writer from the States, Robert Dugoni, to name just a few. Of course there are agents and editors there too and you can make 10 minute appointments to pitch your stories, or sit in on blue-pencil cafes with writers and editors. Donald Maass and his wife Lisa Rector are popular Conference presenters. I've got his workbook for "Writing the Block Buster Novel" and find his writing/editing tips extremely useful.

On Saturday I attended for half a day as I had to teach a class in the morning. It ended up that I didn't have much volunteering to do so I sat in on a workshop with Robert Dugoni "Sinning 101". He is such a dynamic speaker and his workshop on the 10 deadly sins of writing was excellent.

Sunday morning I was a timer for the Blue Pencil Appointments. Writers get 15 minutes to sit down with editors/authors who go over their manuscripts first few pages. Then I slipped into a workshop "Scenes that Can't Be Cut" with Donald Maass. It turned out to be a lot of writing exercises to demonstrate how to tighten and improve scenes, which was useful for me but I had expected something different and probably should have stayed in Lisa Rector's "11th Hour Checklist" workshop. At any rate, I got lots out of the workshops I attended and just wish I'd had a chance to see a few more of them. I also miss attending the genre lunches and couldn't afford to stay for the big dinner with the keynote speaker on Saturday evening. Volunteers get a buffet sandwich/salad lunch and we are not given the privilege of making editor/agent appointments which is one disappointment. But perhaps another year I'll be able to afford to pay for at least one day of the Conference so that I can do this.

I do recommend attending these conferences. I'd love to be able to afford to come down for the San Francisco one next February, but I doubt seriously that my bank account will allow it. You get a lot out of just being around so many writers and published authors and most of them are so open to little chats and are very encouraging to us emerging writers.

Wow! Sounds like you got a lot out of it. This really encourages me to seek a conference to attend. I'm inspired just hearing how inspired you are!