PROGRESS REPORT #66: UP AGAINST THE WALL? 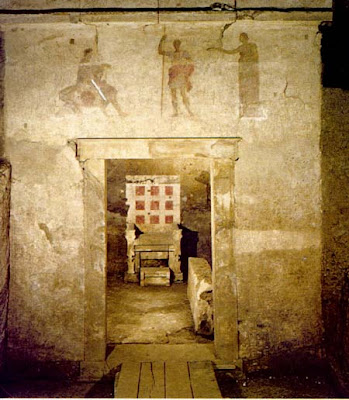 I didn't realize that being confronted with the final chapter would be quite so traumatic. As I had already written the very last part of it, I thought the rest would come so easily. Then suddenly I found myself up against the wall! I started writing the chapter, got a few pages done and then realized it was not a chapter 'beginning' but rather it fit the ending of the previous chapter. So I sorted things out, fiddled around with a few other things, went back and did more editing, hoping to get 'unstuck'. But I'm still standing here with my face up against the wall!

Where is the Muse when you need her?

She came to me, creeping up on her silent feet, just before I roused myself out of bed this morning. An entire passage of the 'lead' to this last chapter flooded my still half-asleep brain. Did I get up instantly and write it down? No! I laid there still half in dream-land, and now I can't for the life of me remember what it was. Just a few lines. But it was just what I needed to get things moving.

I have heard other writers say that the last chapter is the most difficult. Not only are you saying goodbye to dear friends but it also has to be perfect, and not slither off into melodrama or pushing the limits of disbelief over the edge. This is a tragedy. It has a tragic ending. So that makes it even more difficult. It has to keep the tension going to the end and not get into melo-drama. There has to be a grain of 'hope' (and that will be shown in the Epilogue).

The thing to do is not to be deterred. Don't let that old 'resistance' get you down. Take a good clear look at things and make sure you know where you are going. Don't let that 'wall' stop you.

I'm thinking of going to the movie "Agora" today in hopes I might get some inspiration spending time in Alexandria where my Epilogue will take place (in the library built by Ptolemy). I'm determined to get this final chapter done before I leave for Greece on July 29.

Can't let the wall stop me! 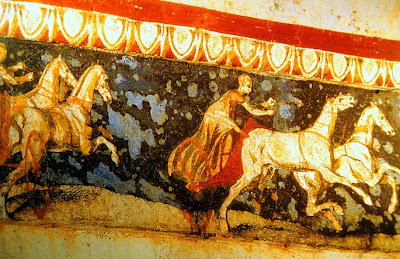