LIVING THE WRITER'S LIFE: CATCHING UP! 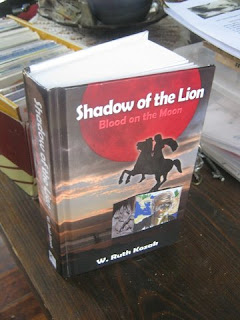 Well my goodness! It's been months since I posted here. I hadn't realized just how remiss I had been. The reason, of course, was that I have been busy with other blogs, stories and writing events.  Most importantly though, I have been doing a lot of promoting for SHADOW OF THE LION; BLOOD ON THE MOON and this has included various readings and presentations which included writing workshops. I presented a workshop on Travel Writing Basics for the Royal City Arts Society last November and also presented a workshop on So You Want to Write a Historical for the Lit Fest in New Westminster in April 2015.  More recently I conducted a travel writing workshop at my home in the Spring and this weekend did one on Travel Writing Basics for the VPL which was attended by a huge, enthusiastic group of would-be travel writers. 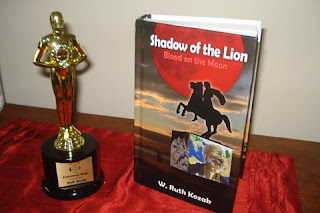 I have also been actively trying to catch up on my travel blogs which you can find here at
http://travelthroughhistory.blogspot.com
And planning my next adventure, leaving here Aug 28 for England, Wales, Spain and, of course, Greece.  I had run out of travel writing material for one thing and needed some new destinations to write about. And I also love visiting my cousins in Wales, will see some friends in Spain (Torevieja and Malaga) and reunite with all my friends in my adopted city, Athens.

Meanwhile I am also working on my Celtic novel DRAGONS IN THE SKY, which is moving along rather slowly these days because of all the other distractions. And yesterday I did a Travel Writing Basic's workshop for the Vancouver Public Library which was hugely successful.

So...I HAVE been living the writer's life. And now I'll share a few of the adventures I've had with SHADOW. There's been many great comments about the book and some very good reviews posted on Amazon and Goodreads which I appreciate.  After the book launch, I did a reading to a book club group on Vancouver Island thanks to my cousin Lynette.  Then I did a reading/workshop for Grind Writers and Burnaby Writers Spoken Word. I was invited to read at the Vancouver Public Library in June for Greek Heritage Month and also at the Kitsilano Library.  The day I read at the VPL (June 10) happened to be the exact date of Alexander the Great's death.  Both these library readings were well attended and successful. I more recently read for Surrey Muse at the Surrey Public Library, to a small but enthusiastic audience. 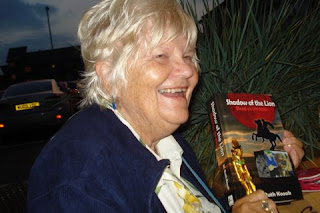 Showing my book off to cousins in Wales, 2014 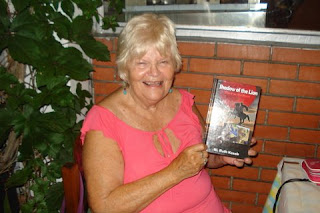 Showing my book off to friends in Athens, 2014

I've been doing a lot of book promo on-line which includes queries to as many local writer's groups (and some across the line in Washington State) in regards to reading and workshops.  I have also sent out notices to as many independent book stores I can find across Canada and to Writer's festivals as well as university classical studies departments.  Unfortunately I have not hear anything back as yet. I really don't know what it takes here to get yourself noticed and invited to these events. I can be rather discouraging when you get no replies at all!  But I will continue to press on with this and hope that eventually a bit more notice will be taken and sales of the book will increase.  (SHADOW is available on Amazon as well as by order through other bookstores such as Barnes & Nobel, Chapters/Indigo etc).

I am pleased to report that the Canadian Archaeological Society of Athens is planning a book reading for me on October 4.  I'm really looking forward to this and will also be contacting other associations there for the possibility of more readings. 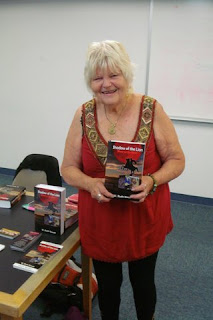 Reading at the Kitsilano Library, June 18, 2015
So that's all the book news I have for now.  I will begin posting bits and pieces about DRAGONS again soon. Currently, I'm trying to catch up on a few blogs and those will include blogs for the novel which can be found at http://shadowofthelion.com 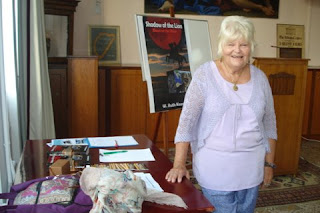 Reading at the Athens Centre, Sept 2014 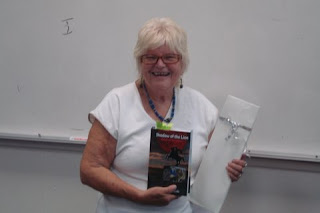 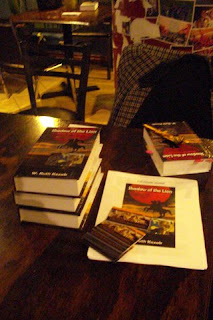 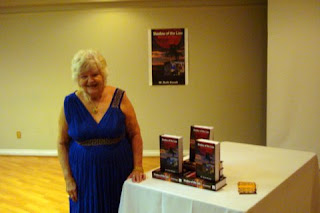 VOLUME TWO, SHADOW OF THE LION: THE FIELDS OF HADES is due to be released in 2016 by my publisher, MediaAria-CDM,  Bristol England.
Posted by Wynn Bexton at 1:33 PM 2 comments: