I'm feeling very proud of my writing accomplishments these days. I've just signed about contract which means it's the third one in three years!  This is a contract for an ebook about the Greek Islands, to be published by Hunter Publishing,US. I'm really looking forward to the adventures this is going to lead me on. I've already visited 25 of the hundreds of Greek Islands, and written many stories about these visits. But there are several, namely Crete and Thassos, that I'd like to revisit and also several I'd like to visit for the first time. So it looks like my next trip to Greece will be Island Hopping.  Should be great fun! Like ATHENS AND BEYOND it will not only contain tourist information but stories about the various islands that I have visited. 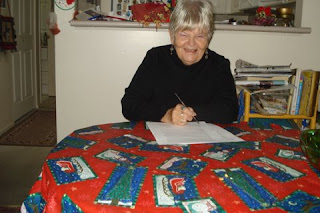 Signing the contract for the Greek Island e-book, December 2015

A few months ago my second e-book was published,  ATHENS AND BEYOND published on KINDLE, Amazon by Hunter Publisher. I signed the contract for that one December 2014. It is available following this link:  http://www.amazon.com/Athens-Beyond-W-Ruth-Kozak-ebook/dp/B017PKSQZ8/ref=sr_1_2?ie=UTF8&qid=1450742135&sr=8-2&keywords=ATHENS+AND+BEYOND
I had fun doing this book too. Of course I have lived in Athens and travel there almost every year so I already had a lot of background stories about the city and surrounding areas. The ebook contains not only tourist information but stories about various places I have visited in the city or for daytrips. 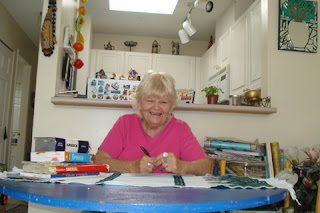 Signing the contract for ATHENS AND BEYOND, December 2014

My first and biggest book signing agreement was in August 2013 when I signed the contract for my two-part novel SHADOW OF THE LION.  Because of the novel's length the published MediaAria-CDM from Bristol England, chose to divide it into two book. So in fact, I was signing a two-book contract.

The first edition was out in July 2014  SHADOW OF THE LION: BLOOD ON THE MOON and the second volume will be produced in 2016 SHADOW OF THE LION: THE FIELDS OF HADES
This is a historical fiction novel based on a historical time-line that is about the fall of Alexander the Great's dynasty. I did a lot of traveling in Greece and Asia Minor while researching this book and it took a long time to write it with the help of the Greek Ministry of Culture and many academics and archaeological Institutes in Greece. 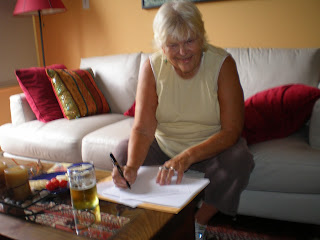 Signing the contract for SHADOW OF THE LION, August 2013 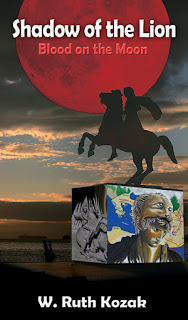 So I'd say as we enter 2016 I've gathered a pretty good track record. Meantime I've got another historical novel on the go and hopefully will have it finished before long. Who knows, maybe I'll have another book contract to sign in 2016?
Posted by Wynn Bexton at 4:42 PM 2 comments: