OPAL Writers Magazine Features Me and SHADOW OF THE LION.

I've been busy doing readings, including one in Victoria at the public library, and more to come in November at the Vancouver Public Library reading series for authors. 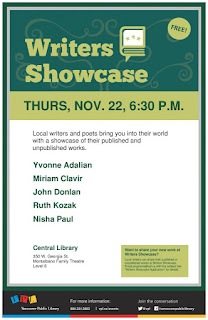 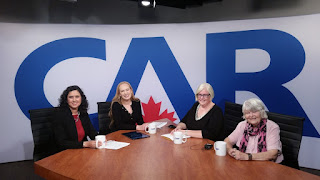 But the BIG thrill this month is being featured in OPAL WRITERS MAGAZINE. 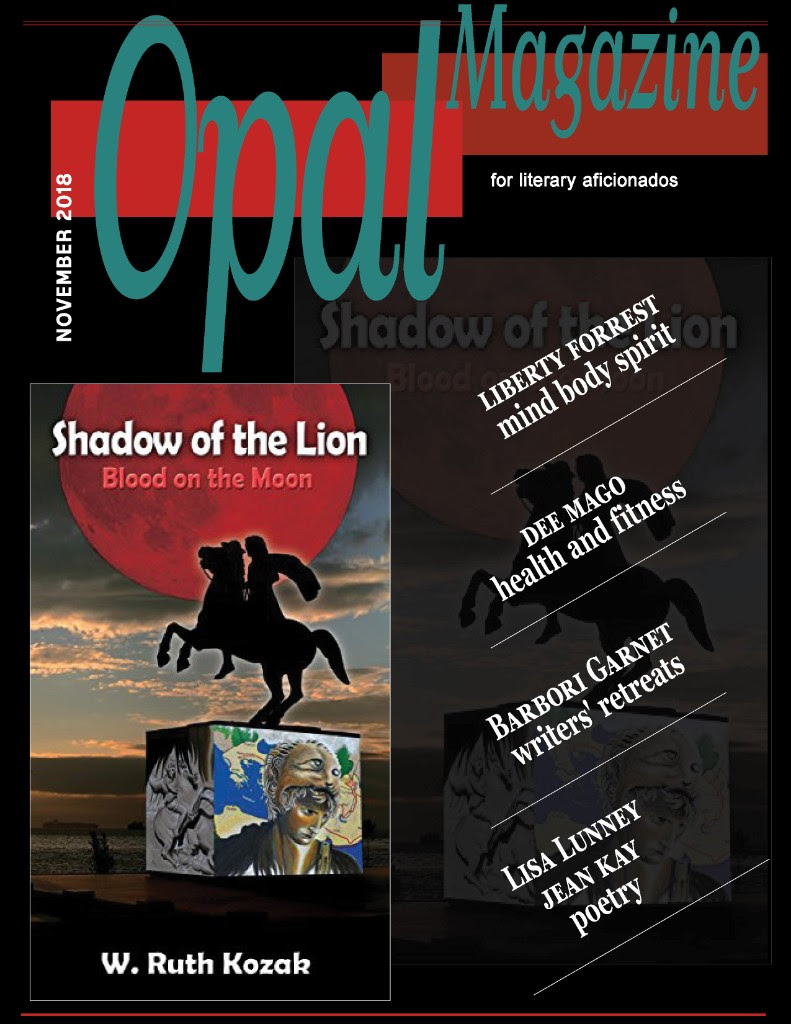 I am grateful for this opportunity to publicize my two-volume novel SHADOW OF THE LION
Its seems as if lately my stars are aligning and I am looking forward to more events in the future.
Posted by Wynn Bexton at 5:17 PM No comments:

A READING OF SHADOW OF THE LION

I recently did a reading for the Dominion Reading Series in Vancouver B.C.
It included a time to discuss my writing process as well as a Q&A period.
The evening was a big success for me with an enthusiastic audience.

Here's the link to the YouTube video of me reading.

Labels: Alexander the Great, and being a writer., books, readings

PROMOTING MY BOOKS AND POETRY

So far this year (2018) I've been doing a lot of book promoting, readings, workshops and even some poetry readings.  My two novels SHADOW OF THE LION: BLOOD ON THE MOON and the sequel subtitled THE FIELDS OF HADES are both available on Amazon.com and The Book Depository.  I have prepared the full manuscript to be an ebook on Kindle and that should soon be posted on Amazon.com 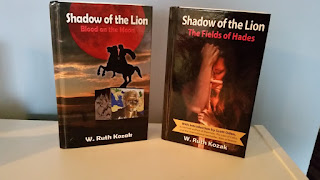 My travel book ATHENS AND BEYOND is also available on Kindle. 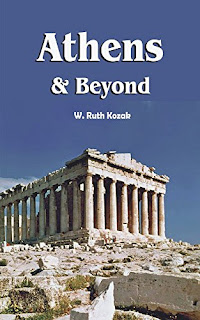 During the year so far,  one of my poems Precious Moments on the Beach was published in an anthology with proceeds going to Syrian refugees.  In January I also became the host of a reading series IN THEIR WORDS, held bi monthly, where readers choose a favorite author, poet or playwright, tell about how they are influenced by this peson's work, and read some of their work.  It's a really fun series with lots of variety.

In February I participated in the series Tellers of Small Tales another series promoted by the Royal City Literary Arts.   I also was a feature poet at the Poetic Justice series and presented my novels at Spoken Ink, Burnaby Writer's group.

In March I went on a fun weekend (comp) to the Westin Bear Mountain Resort on Vancouver Island. I invited three friends along and we had a ball!  It was a good opportunity to do a travel article which I posted on my travelthroughhistory blog.

In April I was invited by Pandora's Poetry Collective to read with another poet in their Poetic Pairing Series.  This was also a lot of fun.

During this time I was also instructing my writing groups at the Heritage Grill in New Westminster  (Mondays) and Brock House in Vancouver (Wednesdays).

On May 12,  the Vancouver Public Library held their yearly WRITE ON VANCOUVER and I had a table there where I could promote my books. This is also a fun event and  you get to meet lots of other writers and speak to people who are interested in your writing.   Later in the month I also did a Travel Writing Basics workshop at the Anvile Centre. 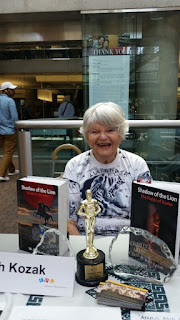 At Write On Vancouver

I decided to make a little road trip in June to visit two friends in the Interior.  And while there, I decided to book some readings/workshops.  I read for a writer's group in Kamloops and did a workshop on Creating Characters.  this one didn't go that well when I was rudely interrupted after about 5 minutes of reading (from Shadow).  The reading at the Vernon Public Library was better.  I  had a good reading of my novel and then I did a workshop on Travel Writing Basics  (explaining how a lot of my travel stories result from research trips from my novel.)  Later in the month I also did another Travel Writing Basics workshop for the BC Travel Writers Assoc. meetup group.

Another enterprise I'm involved in is the Theatre in the Raw's annual one-act play contest.  I help adjudicate the plays.  The Theatre in the Raw produced my play "The Street" back in 2000.  So over the months I was busy reading plays.   Of course, I'm also invovled weekly with my SCRIBBLERS writer's critique group.  So most of my time is spent in writing or writing related events and projects.

This month, August, was no exception and I was asked to participate in the Dominion Reading Series on Aug 17 where I read and discussed my novel as well as my love of travel with a very attentive audience.   I read alongside two other very talented local poets. 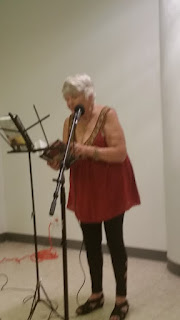 Reading at the Dominion Reading Series.

I haven't done much travel writing this year (waiting for two stories to be published in EuropeUpClose) but tomorrow, Aug 23, I'm going on a riverboat cruise to Pitt Lake where I understand there are some historical things to view.  Looking forward to this  - and a chance to be on the water out of the humidity.   And Friday I meet with a friend to discuss her in-progress novel.

September things will get real busy with classes starting up, including 3 weeks at Century House.   I have a reading at Renaissance Books on Sept 19 as well.

The biggest event booked so far for the Fall, is a reading at the Victoria Public Library for October 6.  Preregistration is necessary because if I don't get a big enough audience they will cancel.  I am also hoping to books some other readings and workshops while I'm there.  I contacted several of the Victoria area writers groups but so far have had no response. 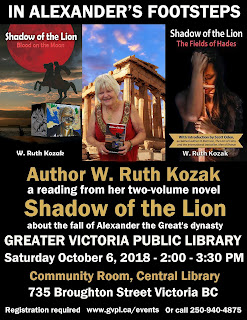 That's a pretty good start to the Fall season.  Still waiting to hear from a writers group in Kitsilano, Vancouver, who asked if I could take over instructing their group.  And I'm hoping to get a few more workshops lined up.

Posted by Wynn Bexton at 3:33 PM No comments: