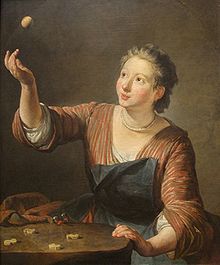 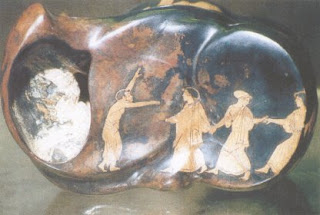 PROGRESS REPORT 70: Riding into the Sunset

Amphipolis, the Strymon River
We're almost there.  Just two more little bits of the final chapter to finish and a small amount of work tying together the Prologue and Epilogue.  I had actually hoped it would be completed by now but there's been little time for my history writing what with classes to teach and some of the travel writing I get paid to write so must keep on top of.  However, the reviews I am getting so far from what I've written in Shadow of the Lion have been all good and very encouraging.

One disappointment was being unable to approach an agent at the recent Surrey International Writer's Festival.  Unlike other years, I was not assigned any room monitoring tasks and only one introduction.  The rest of the time I was stuck in the room registering people for the Blue Pencil appointments so there was no change to 'buttonhole' the agent I had hoped to speak to.  But perhaps I am not quite ready ... or once I am, I will know who to approach as she works for the same agency as the editor who suggested to me a couple of years ago that I send them my manuscript.

My classes and workshops all end in another week, leaving me more writing time so hopefully I'll make more progress.  Meanwhile I am thinking about it, planning mentally how to approach this next tricky part, in particular how to begin.  I always find the transitions a bit of a sticky point and once I master that I'm generally off and running.

Anyway, here's a little snippet of what I've just finished writing/workshopping and editing.  To explain:
Iskander has been invited to go with his companions to the port of Amphipolis to view some war triremes that are in port.  This is the first time in five years he has been allowed to ride with a royal escort from the garrison at Amphipolis so it is an important moment for him.  Kassandros has kept him a virtual prisoner in the garrison, but the current commander in charge has been more lenient and believes that Iskander should be presented to the trierarchs and the populace.  So in this scene, they are riding down from the acropolis of Amphipolis to the port at Eion. 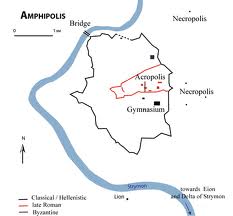 ﻿
I have actually walked up and down this road on a couple of occasions and made lots of notes in my travel journal as well as taking photos.  So I was able to recreate the ride.  The children's bed-time fable that Orion tells Iskander is one that Macedonian parents in that area actually do tell their kids.  A journalist friend of mine who was brought up near Amphipolis told me this, so I used it in the story.

A part of Shadow of the Lion, final chapter.

At midday, the troop rode out of the garrison, through the narrow cobbled streets of Amphipolis town, the boys flanked by an escort of bodyguards, their royal pennants fluttering from tall staffs. Iskander rode in front beside Commander Castor, followed by Orion and the his companions, privileged boys who and were proud to be invited into the royal company.


Even though many of them were older and had already passed the tests of manhood, they treated him with the respect due his royal station and he counted them all as friends, except for Lakis and his two cohorts. Since the near fatal boar hunt he was wary of them. They were resentful boys from the upland hills, sent there by their fathers who were friends of Kassandros’. He knew that Lakis, was favoured by Glaukias. Some of the boys whispered that Lakis was Glaukias’ eremenos, just as Glaukias’ had been Kassandros’ favored lover.

It was the first time since he had come to Amphipolis five years before that he had ridden through the city with a royal escort, and Iskander felt an exhilaration of pride as he cantered his horse past the cheering town people. His horse was a chestnut stallion, prettier than the others, bedecked with silver cheek-rosettes and a red saddle cloth fringed with bullion, fit trappings for a king. Most of the town folk had never seen him before and he heard the twitter of excited voices as they recognized that he must be the royal boy, their future king.

The road led through the west gate of the city, across the ancient stone Nine Ways Bridge that had been built long ago by Shah Xerxes when the Persian had invaded Macedon. As he cantered his horse across the bridge, Iskander glanced at the old moss-covered stele that marked the spot where the Persians had sacrificed nine boys and nine girls to the river gods. He glanced back toward the acropolis of Amphipolis, crowned with its grey stone citadel. He hoped the he would soon leave this cursed place forever. He trusted Castor and the influence the Commander had that would surely help convince Kassandros to let him return to his father’s palace in Pella.

The road curved away from the river, skirting the low forested hills. Just ahead, in a grove of trees, loomed a formidable stone lion, a funerary monument that had been erected to honour one of Alexander’s generals. Iskander remembered, when he was a little boy of four and had first seen that lion, how frightened he had been.

With his flaxen hair blowing in the wind, Orion spurred his horse to ride alongside him.

“My father used to say that when a child misbehaves the Lion comes in the night and takes his tongue.”

“Sometimes I dream of lions,” Iskander called back to him. “And in my dreams, the lion pursues me.”

Orion laughed. “Is it this lion?”

“This is just a stone lion.” He held up his arm to show Orion the bracelet his mother had given him. The gold sparkled as the sun caught it. “See this one? This was my father’s. It’s a luck charm.” He took a breath feeling an overwhelming sadness. He remembered how Nabarzanes had always called him, Ashabal, the Little Lion. “My father is the lion,” he said.”And he is my protector.”


What will happen when they reach the port? 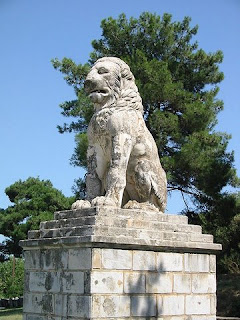 The Lion of Amphipolis
﻿
Posted by Wynn Bexton at 5:31 PM 4 comments: