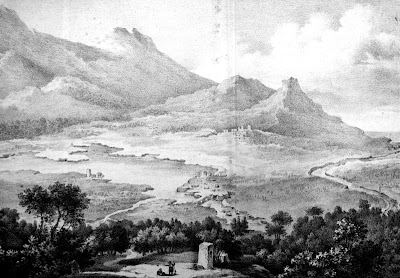 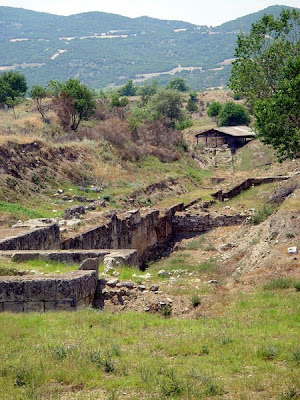 Love the ruins! Great segment. I hope you finish by May 24th.

great that you're back to work again! You have what it takes. Be patient, and you will complete that "re-entry" and finish your novel!

Best wishes, and have a wonderful trip,

AdrianPS: My "word verification" was "dwark" -- ??!! Is that anything like a dwarf? Maybe a cross between a dwarf and a dork? Or would that be a "dwork"? I'll have to do some research now in medieval bestiaries to see if I can figure out what a "dwark" was, or should have been . . . .

For some reason the comments don't get forwarded to me as they used to and it's been a week or so since I check here. No, I still haven't been able to spend time writing on Shadow. I am so bogged down with little things like the postings for the Vancouver Guide. And time is swiftly running out.

I loved the writing in this, Wynn. When you're finished, best of luck in finding a home for it--which I expect will certainly happen! d:)

Now, aside from occasional visits with the Aristonous, the garrison commanderVisited by a dead fellow!? Aristonus, the somatophylax, was carefully murdered by Kassander following his surrender of Amphipolis at Olympias' order (Diod. 19.51.1):

Cassander, seeing that Aristonoüs was respected because of the preferment he had received from Alexander,5 and being anxious to put out of the way any who were able to lead a revolt, caused his death through the agency of the kinsfolk of Cratevas.Artistic license for the benefit of suitable character maybe?

Excuse me, Father Park, but I have done lots of research and my time lines tell me Aristonous was not murdered under some time after this particular scene -- closer to the time when the others were murdered too. Of course I will recheck now I'm back from Greece, but I am quite certain that my dates are accurate enough to use this scene.

I would politely observe that timeline is in error. Olympias was besieged in Pydna over the winter of 317/16 - the winter of Eumenes' betrayal to Antigonus. She surrendered in early spring 316. At that time her only remaining allies were Monimus in Pella and Alexander III's somatophylax Aristonus in Amphipolis. Olympias instructs Aristonus to surrender the city which he does. Cassander then has him murdered.

After he kills Olympias he then "determined to do away with Alexander's son and the son's mother, Roxanê, so that there might be no successor to the kingdom; but for the present [...] he placed Roxanê and the child in custody, transferring them to the citadel of Amphipolis. In command of Amphipolis, - and the royal couple - "he placed Glaucias, one of his most trusted henchmen".

As I say, I had thought you were utilising Aristonous as the better character fit... a little artistic licence so to speak. If that's not the case then he's aready dead.