PROGRESS REPORT #28: The Busy Life of a Writer 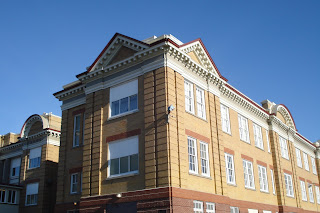 I've been pretty busy lately but managing to get a little more of the novel finish as well as all the other things I've been doing. Luckily I have had some extra classes to teach, two memoir classes back-to-back at a senior's centre; one full day memoir writing class for the school board, and this week I instructed a class of eager young journalism students at the college in a class on travel writing.

I'm really grateful for these extra teaching opportunities. Not only for the extra money, but because it's a real 'learning' experience for me as well. I've done the college classes for several years now for my friend who teaches journalism. It reminds me when I first graduated from high school with the dream of being a full-time writer. As luck would have it, I landed a job as copyrunner (nowdays they'd call it an 'intern' job, in the editorial department of The Vancouver Sun newspaper. Those years I worked up on the fourth floor of the Sun Tower were some of the most exciting and fun times in my life. I really wanted to be a crime reporter, but due to the fact the city editor didn't feel an 18 year old preacher's kid was suitable for that kind of job, I ended up as a news librarian. That was pretty interesting too, and I learned to hone my research skills. (I still got to delve into the crime world too, as I was in charge of the crime files and bios. Pretty fascinating stuff for a naive young gal like I was!) 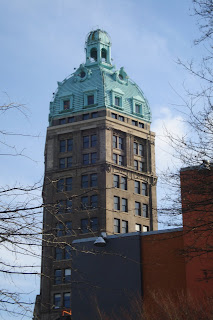 The Vancouver Sun Tower
(I worked here in the editorial dept. and new library for several years after high school)

One summer just before the Sun and Province amalgamated into one central news building, I worked at the old Province newspaper editorial helping to put their library research files into the same format and order as those in the Sun. That was fun too, but after that I moved away from the city and when I returned after seven years, although former colleagues and work-mates encouraged me to get back into the business, times had changed and I was told I had to have a library science degree to work there (even though the job was the same and by then everyone was learning the computer system, which I could have easily learned as well.) So...after that disappointment, I went into daycare work for a long, long time, directing and supervising at various daycares around the city.

I gave up full time daycare work in 1993 in order to spend more time traveling and writing, and after that just subbed up until a year ago. And now I really am a full-time writer. Strangely enough, I am now also an 'editor/publisher' of my own travel website. That that's one reason why I have fallen behind a little on my work on the novel -- because I have spent some time networking on-line, editing submissions and even writing a few new stories to publish on the site. The new material should be up within a week or so. Check it out at:
TRAVEL THRU HISTORY www.travelthruhistory.com 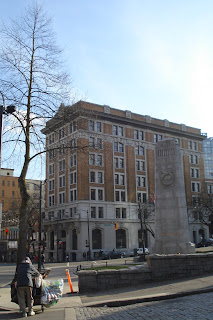 I finally got back to work on "Shadow of the Lion" yesterday and finished off another chapter segment. For some days I was wondering if I had writer's block or was just using every procrastination method in the book to keep myself from returning to work on it.

Yesterday I took a little walk and as usual, I get lots of ideas flowing when I'm walking. Suddenly the whole sticky scene came to mind. I realized that one reason I'd procrastinated was it is a scene that is quite sad ...the departure of a beloved character from the lives of Alexander's Soghdian wife and her son, little Iskander (Alexander IV). This is my Persian fictional character, Nabarzanes, who has been with them since they left Babylon. He is Roxana's Royal Cousin and chief court advisor, dedicated to protect and be loyal to Alexander's child who he calls Iskander-shah. Of course, Olympias will not abide anyone, especially a Persian, having influence and control over her grandson. So Nabarzanes' is told to leave...or else! Well, after my walk I went home and wrote the scene. It could probably be a little more emotional but I didn't want to go over the top with dramatics. Perhaps I am feeling distanced from it as I've anticipated it almost from the beginning. At one time I had thought I'd have to kill off Nabarzanes along with the many others (real historical characters) who have to die, because that's the way it was...But, I decided I couldn't kill off someone who is so gentle and kind. Instead I would banish him. He will play a bit more of a role in the novel, but at a distance from Roxana and Iskander. However, basically he's out of the picture now. Which is kind of sad, because I've grown to love him and he is 'real' to me.

The next few scenes leading to the end of Part VI in the novel are also going to be rather brutal. Why am I feeling so distanced over the killings? I guess I'm innured to it now, because when I had to assassinate the first character in the book I actually cried. Now I am more objective. I suppose the test will come when I read through the entire text and see if it needs more tension or if I get the right emotion over when then these events happen. At any rate, I am back on track after a couple of days doing travel stuff. Now I'm travelling with the Macedonian royals down the coast to the sea-port fortress of Pydna. Just wait til you find out what happens there!

I can relate so well to your grief at the departure of a character you came to like so much. I feel terrible when I make bad things happen to my characters all in the name of conflict. I feel even worse when they suffer cruel fates, or death. It's sad. These characters do become "real" to us, I think, and the grief is real, too. C'est la vie des ecrivains!

But there's always another scene, another character to come along and capture your imagination....

I guess that's why I'm worried I didn't make it 'emotional' enough. I feel too detatched. But is it because I have known all along he had to go - one way or another - and 'banishment' is preferable to assassination. (I was dancing with the 'real life' Nabarzanes tonight so I guess he will never really 'leave' me. LOL.

I rather suspect the only "telling' the frightful Olympias did was telling others to remove an offending individual. Permanently. I'd think she might have been able to teach Antigonus a thing or two when it came to demonstrative cruelty.

Poor old Polyperchon – that old royalist never possessed of a mind quite quick enough to think outside the lochoi – had little idea what he'd uncorked in bringing the feisty old funnel-web out of Epirus. Poor sod, he had to find allies where he could. Still, he might have known what would happen.

Pydna? Well, one always finds one's comeuppance eh? Bit like Ned Kelly’s apocryphal “So it has come to this”. And so it did. Cassander, possessed of an overweening ambition, played second fiddle to no one in the cruelty stakes.

You will have others to mourn yet Ruth.

A pity you will be done before the boisterous, talented and wayward Demetrius holds forth. Descriptions of his tenure in the Parthenon carousing with Athenian whores and his mistress over copious kraters of wine would certainly spice things up!

Dear Father Park, I truly appreciate your commentaries. It's so good to hear from someone who really knows the story and understands the complexities of these characters. I will be posting a new progress report this weekend. I've finished another small segment, moving on to Pynda now and the really harsh stuff!

It's so good to hear from someone who really knows the story and understands the complexities of these characters...

Oh dear! How very kind of you. You most likely know me from elsewhere Ruthaki.

On to the update.